Scientists and practitioners discussed at the seminar how young children should be taught about nature. Examples from other countries were presented and the need for change in Poland was discussed

Seminar – Naturalistic preschool and early school education in Poland against the background of selected European countries and the USA.

The leader of the Natural Science Laboratory presented the standards of nature education in the USA. She described how important for Americans is the teaching of natural science subjects, through which from an early age students are given the tools not only to understand the world around them, but also the basis of a workshop that allows them to make accurate judgments, choices. All this also pays off in learning other subjects, and a well-shaped research attitude, the ability to conduct experiments, also helps in later study and work.

From the beginning of education, research methods should be introduced, rather than using descriptions of the natural world. There, young students are given hands-on scientific and technical exercises from the beginning. They are set tasks that help them find relationships or identify features on their own. They are also taught the ability to record their observations and the results of their experiments – over time also in the form of tables and graphs.

At the same time, children acquire interdisciplinary competence. It is useful for them in various fields that they learn about scales, proportions, magnitudes and relative scales.

Another shared insights from Finland, where children in kindergarten mainly play and thus naturally learn. – The properties of objects, i.e. how certain things behave in water – whether they sink or stay afloat, children learn simply by playing in the water in the small pool that is in the kindergarten, the specialist said, “In turn, they learn math every day by climbing stairs, each step of which is numbered and marked with a pictogram with the appropriate number of dots.

The gentleman presented photos of winter activities in a Norwegian forest kindergarten, during which children are outdoors in the forest all the time. – The centerpiece of such a kindergarten is a slide, and the children can also warm themselves by the fire, the researcher said. – They learn about nature because they simply observe it, see animals and their behavior in the forest. When they get thirsty, they can eat snow. They also each have their own knife – a finka, with which they can plan their own wooden toys,” he described.

The representative of the Early Childhood Education Team also pointed out the important role played by retired elderly people in Norway. This is because they are included in work with children in kindergartens, as additional caregivers.

Headmistresses of kindergartens – presented how the conceptual project method is worked out in the establishments.

They showed an account of the “Small Animals” project, in which children first spontaneously searched for and observed small creatures living in their environment. The next stage was already asking questions and deepening their knowledge of animals, as well as making purposeful observations. Finally – systematizing their knowledge – the children prepared a presentation about selected animals.

They told how their fascination with Scandinavian patterns led to the establishment of Polish forest kindergartens, where children commune with nature. During classes, they are allowed to experience the world themselves without regard to getting their clothes dirty, for example.

How do Polish kindergartens and integrated education prepare students? From the Natural Science Laboratory, who is also an elementary school teacher, pointed out the lack of diagnoses that check the effects of nature education at the early stages of education.

He pointed out that in Polish education it is difficult to find a coherent vision of nature education from kindergarten to the end of elementary school. From a teacher’s perspective, he also talked about the kind of students that educators face in the fourth grade. – Students lack the ability to operate basic laboratory tools, and are unable to cooperate well in a group, he enumerated. – They also often do not recognize basic plant and animal species. Almost every coniferous tree to them is simply a Christmas tree, he added. 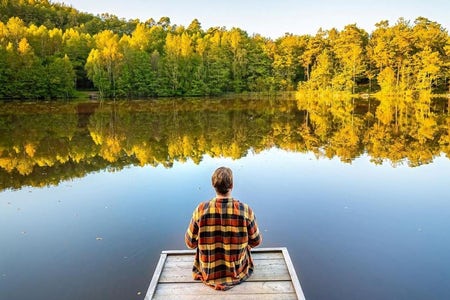 He also pointed out that students have low skills in documenting their own activities and keeping notes. And they respond to teachers’ open-ended questions with silence or consternation. They also have problems categorizing, generalizing, comparing, as well as planning activities and executing plans.

At the end of the seminar, guests and speakers jointly discussed whether and how nature education in kindergarten and elementary school grades I-III should change. The result of the seminar will be a guide for kindergarten and early elementary school teachers, including examples of good practice, which will be created in cooperation between the Natural Science Laboratory and external experts, participants in the seminar.