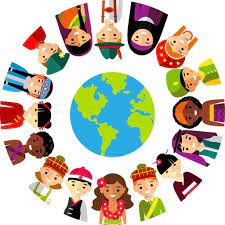 When the cultural association “LA RUOTA” was born a while ago, I joined it and immediately asked myself the question: “What is culture?” I was looking for an answer for myself. I had some confusion, I was really struck by a sense of fear, a feeling that we all have when dealing with something new or unknown.

Undeterred, I said to myself, “Here is the goal to achieve, I must explain the concept convincingly, I must find the right way” and began my little research. What better tool for defining a word succinctly and satisfactorily can there be than a vocabulary?

I had an old one on hand, my father’s gypsy from the 1950s, who said about the word culture: “Culture: education, erudition of the spirit. The main knowledge of different branches of knowledge “. Not completely satisfied, I renewed my vocabulary, more or less recently Garzanti said: “culture: 1 – the quality of the educated; a set of ideas held by someone.

The entire tradition and scientific, literary and artistic knowledge of a nation or of all mankind

At that time the concept of culture was being formed, but I was already intrigued by the breadth of meanings that could be included in the word “culture”. I then used the most powerful medium at my disposal, the internet, did a little research and was immediately struck by the first results.

I was able to find hundreds of thousands of sites that had culture as their main theme, but each of them explored a specific topic. I found places of literary culture, agricultural culture, business culture, fitness culture, Mayan culture, humanist culture, health culture, etc.

As I became more and more interested, I read the different definitions of culture present on different sites and found a common thread that specifically allowed me to gain a personal insight into the topic. And here are my conclusions, culture is a collection of learning, experiences, discoveries and traditions that each individual can learn from society and, in turn, can make available to it.

Over the course of history, the distinction between high and low culture has disappeared, as the fields of knowledge have become ever more vast thanks to increasing communication, and each of us is the custodian of a part of it. For example, a degree only certifies a specific culture, but those who do not have a degree will still have their own culture, less specialized but expanded with other areas of knowledge.

So don’t worry, each of us is the guardian of our own culture and it is up to us to expand it in multiple directions of knowledge.

About culture – letter from the i313 association

LETTER FROM THE i313 ASSOCIATION TO THE PRESS ORGANIZATIONS AND WORKERS IN THE CULTURAL INDUSTRY IN THE PIEMONT REGION.

The CinemaINStrada traveling festival was born ten years ago, in 2004, by a group of young women – the Cultural Association “i313” – who decided to bring quality “cultural and socio-cultural work” to the Turin area (but not only quality and broad involvement of the population. 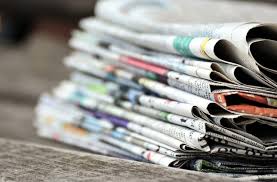 In the span of almost ten years of activity, the results and balance sheet – both administrative (we never went “in the red”), as well as the approval and success of the public – are absolutely positive: over time we have created many festivals and various film reviews, in Turin and throughout Piedmont ; we have organized many activities and training workshops related to audiovisual language, aimed at both associations and informal groups, adolescents and adults; we made documentary videos and involved the inhabitants of various so-called “fringe” districts of Turin, as well as many small Piedmontese municipalities, in the creation and programming of the same festivals that animated these territories.

Over the years of working on the street and in the squares, we have invited directors, directors, actors, actresses, university professors, cultural mediators and mediators, activists and artists to an open and direct dialogue with the contemporary public. We have collaborated with people from different places in Italy and Europe who are interested in knowing and enriching our projects.